The Railway Terminus Hotel was the predecessor of the Railway Hotel. It looks like it was a charming, small hotel. Boonserm Satrabhaya took this picture in 1952 from a helicopter. We more or less look in the northern direction. Take note of the widespread flooding. Trees along the entrance lane of the station are still small. 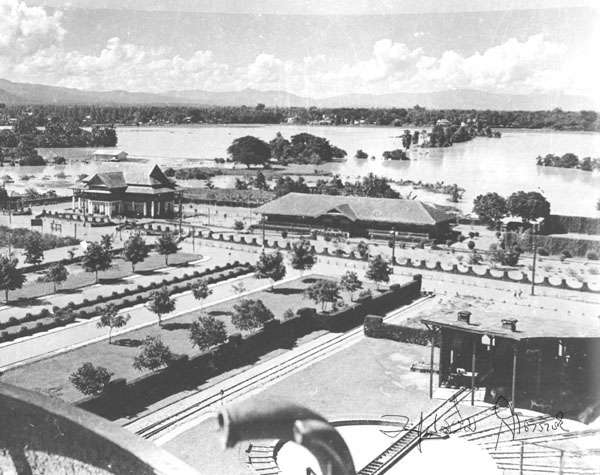 View on Railway Terminus Hotel from a helicopter. Picture by Boonserm Satrabhaya

The idea to have “rest houses” near railway stations dates back to the very early days when the trains didn’t run at night. In those days trains only went as far as Den Chai. The railway reached Chiang Mai in 1922. In that year there were two trains a week from Bangkok to Chiang Mai, on Sunday and Wednesdays, leaving Bangkok at 1630 and arriving the next day in Chiang Mai at 1800. Not sure if there were already overnight trains in those days.
For passengers, it was convenient to have a hotel near the railway station as the train arrived quite late.
In 1959 it was decided to demolish the Railway Terminus Hotel to make place for a modern hotel that was supposed to become the best hotel in North Thailand. In 1963 the Railway Hotel opened its doors. Research is ongoing. More pictures in the coming days! 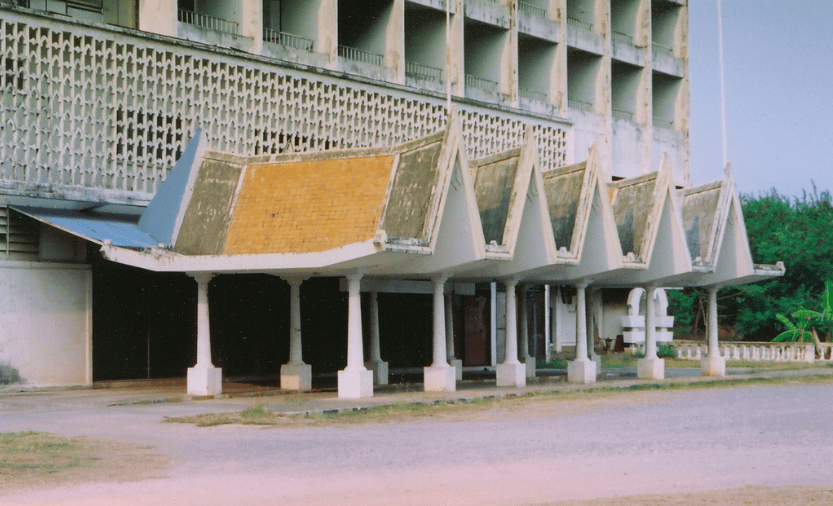 According to Roy Hudson, most of the staff working at the Railway Terminus Hotel were former staff of the British logging companies such as Borneo Company and the Bombay Burma Trading Corporation. He also mentioned that hotels didn’t have a good reputation in those days. There were very few tourists and they would stay in a hotel such as the Railway Terminus Hotel and not in downtown hotels that were used for different purposes.

There are very few pictures of this hotel. This is one of them. No date and no source. 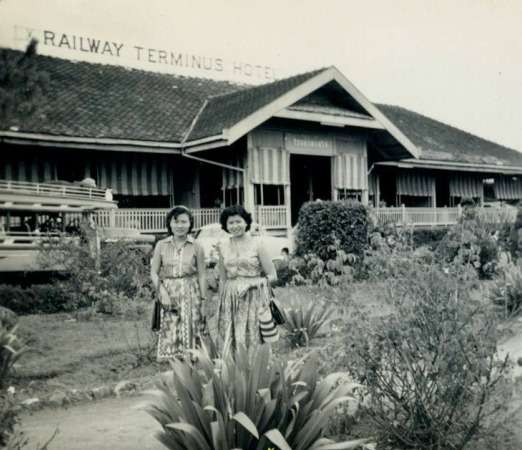 Two unknown ladies posing in front of the hotel in 1960. Source unknown.