The Lerdphruek Heritage House was a European style house located on Bumrungrad Road. It was a beautiful property set on a spacious plot of land. For many years this house had been unoccupied. Unfortunately, the house was demolished in early 2018. Quite a few people have asked me about the history of this house. Not until the publication of the 2nd book by Police Captain Anu Nernhardt did I find out about its history. The book is called บ้านโบราณในเมืองเชียงใหม่ which translates as Old Houses in Chiang Mai and is available at bookstores in Chiang Mai. 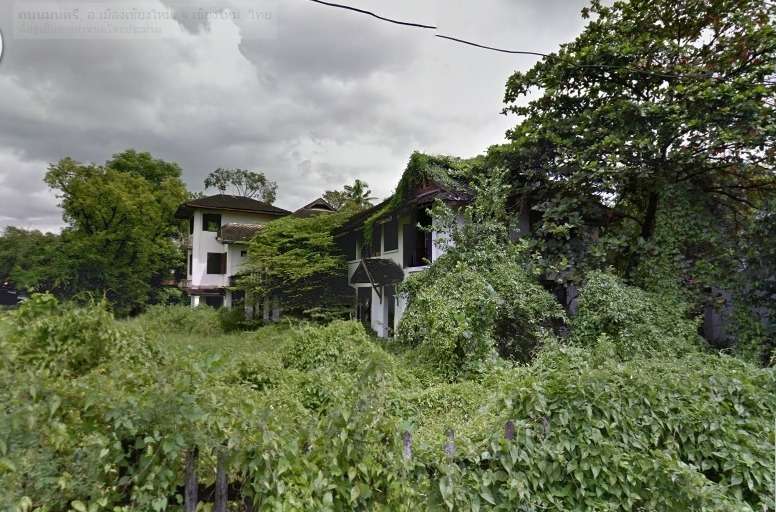 Construction of the house

This house was constructed in 1926. After the opening of the railway from Bangkok to Chiang Mai in 1922, modern building materials such as cement started to arrive in Chiang Mai. It was the house of a teacher from Lamphun called Sawaeng Lerdphruek. He became a teacher at the Prince Royal’s College on Kaew Nawarat Road, not far from home. After quitting his teaching job, he started a business selling imported bicycles from the UK.

He then invested money in a tobacco burning business and made the house into a tobacco processing factory. Last year I spoke to an older man living on the other side of the street who also mentioned this to me. Tobacco first started being farmed and processed on a large scale in Thailand by British American Tobacco (BAT) in 1939. British American Tobacco plc (BAT) is a British multinational tobacco company headquartered in London, United Kingdom. It is one of the world’s five largest tobacco companies.

World War Two and the aftermath

Several employees of BAT escaped to Burma after the Japanese had invaded Thailand. During the Japanese occupation, there was not much activity. After the war BAT entered into a joint partnership with the Thai Tobacco Monopoly (TTM), a government company. BAT provided training for TTM employees. However, by 1949 BAT-TTM relations had become strained which caused the two companies to stop cooperating. TTM took control of the production of tobacco after this. In 1954, TTM’s management was transferred under the Ministry of Finance where it remains to this day. BAT still has an office in Bangkok though. I recently saw tobacco plantation near Chiang Saen. Not sure what the current situation regarding tobacco cultivation is.

For Sawaeng Lerdphruek things went from bad to worse. The tobacco business became less profitable. Through circumstances, he lost ownership of the house to Bangkok Bank. In 2015 the Rarinjinda Wellness Spa Resort company bought the property for 75 million THB. I passed by the house regularly, but there seemed to be nothing happening. There was a big, blank sign in the garden. There was hope the new owners would use the house as part of a new development just like what happened with the Borneo Company compound (now 137 Pillars House) and the former British Consulate (now Anantara Chiang Mai Resort). Unfortunately, it was not to be. 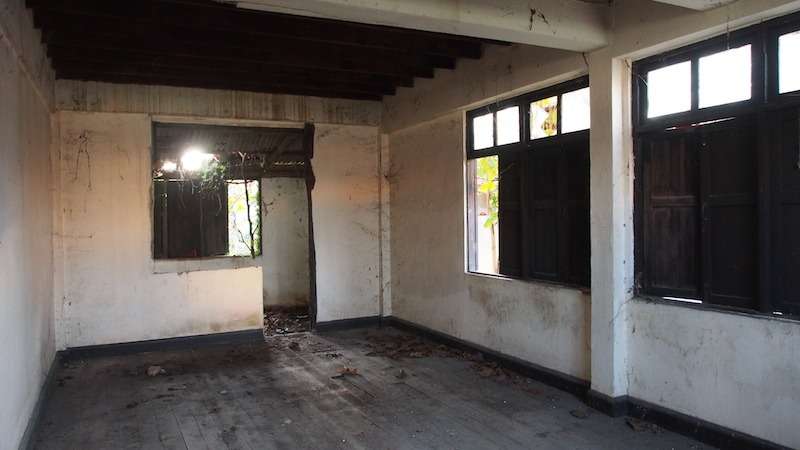