Wat Ku Tao aka Wat Weruwanaramwiharn is a Buddhist temple in Tambon Sriphum in Chiang Mai, next to the municipal stadium. “Weruwan Wiharn” means temple building in the woods. 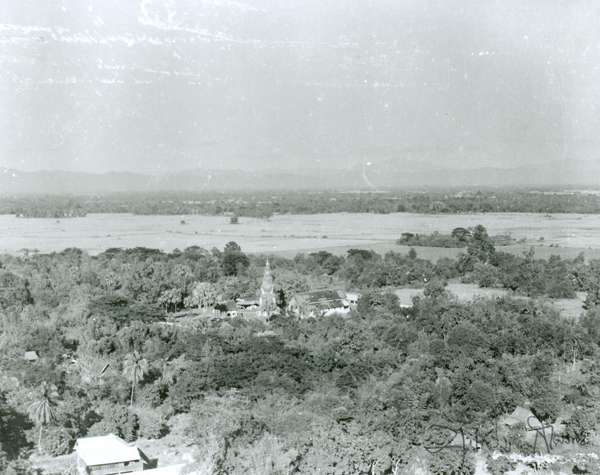 Wat Ku Tao has a highly unusual chedi. People probably constructed the chedi in 1613 to hold the ashes of Prince Saravadi (1578-1607), the first Burmese overlord of Chiang Mai.

The name, Ku Tao, derives from the northern Thai word ‘Ku’ which means a place that contains ash and bones after cremation. ‘Tao’ means melon or ash.

The unique design of the pagoda is allegedly inspired by designs found in Yunnan Province, China. Traders and migrants who came from that area probably came up with the design. The series of five diminishing spheres comprising the body of the pagoda represents the five Buddhas of the present age. The chedi is also known as the “Watermelon Stupa”.

Just outside of Chiang Saen in Chiang Rai province there is a ruined temple named Wat Ku Tao as well.

The older picture of the temple

This is probably the oldest picture of the temple. Dr.Joseph Rock either took the picture or is the person on the picture. Joseph Francis Charles Rock (1884 – 1962) was an Austrian-American explorer, geographer, linguist, and botanist. 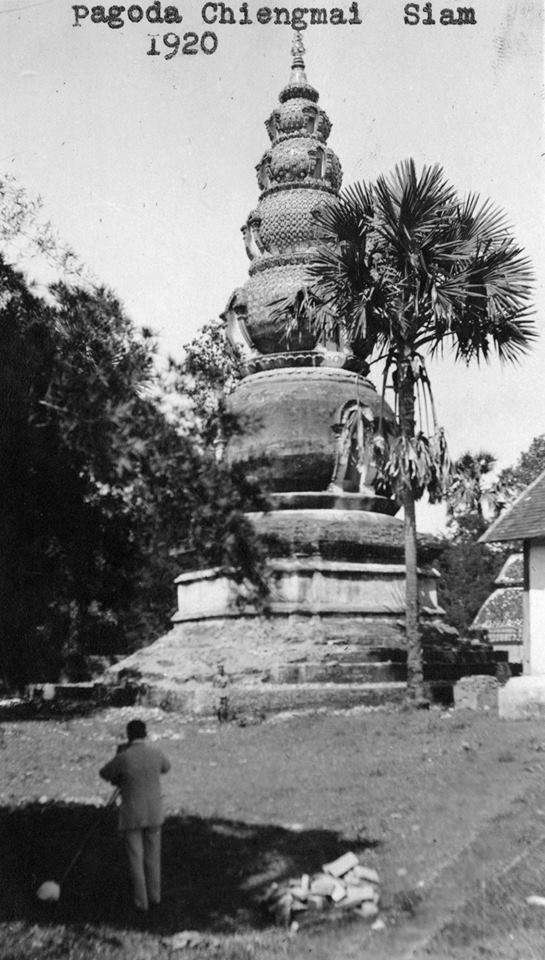 The Watermelon Stupa in 1920. Source unknown. 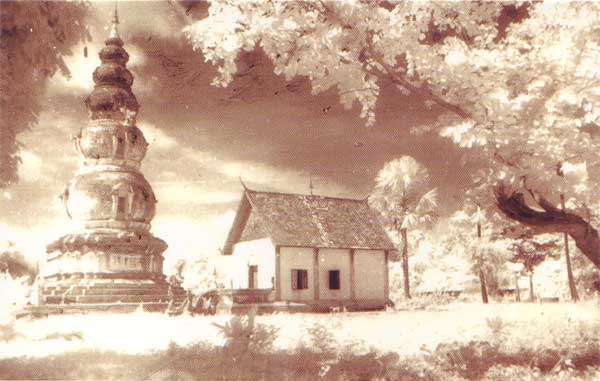 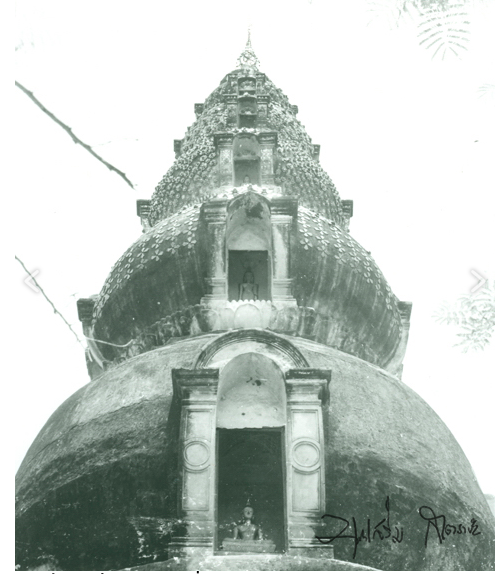 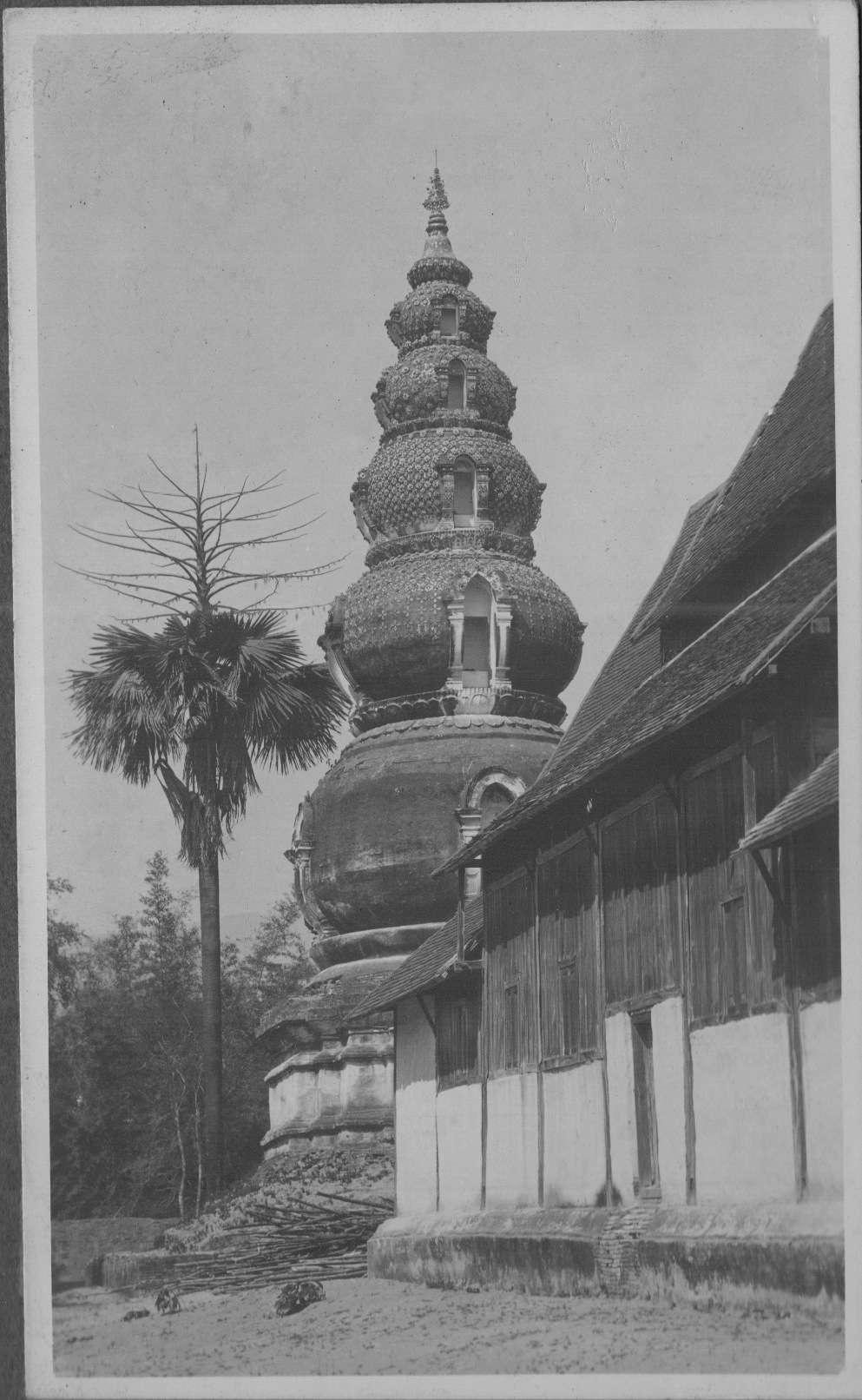 More old photos of the temple 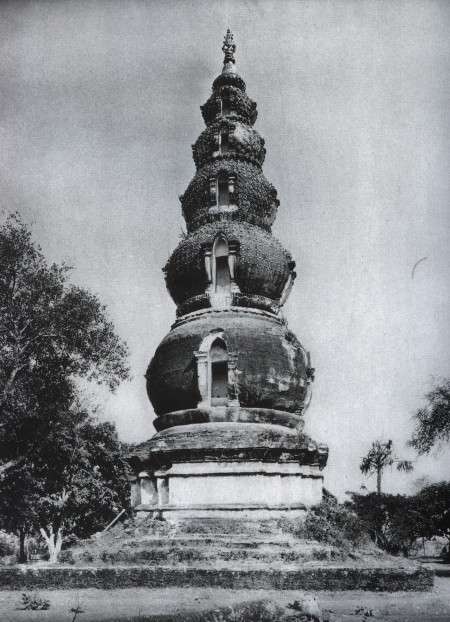 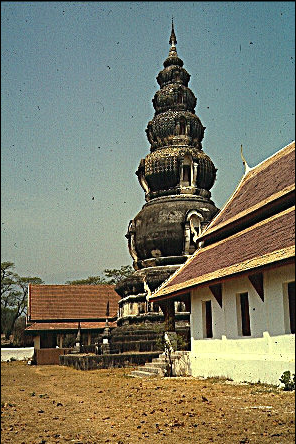 Nowadays it is one of the two Tai Yai (Shan) temples in Chiang Mai. The other is Wat Pa Pao, north of the moat. Both these temples are the location of the yearly Poy Sang Long ceremony which usually takes place at the end of March or the beginning of April.

The festival is essentially Shan or Tai Yai and means “ordaining the beloved sons”. Young boys from 7 to 14 years old go to the temple to be ordained as novices. They will learn the tenets of Buddhist teaching and the self-discipline required of a monk. After the ordination, they will stay in the monastery for a period of time that can vary from a week to many months or more. Usually, a large group of boys are ordained at the same time.

I took below picture of the Watermelon Stupa in 2013. 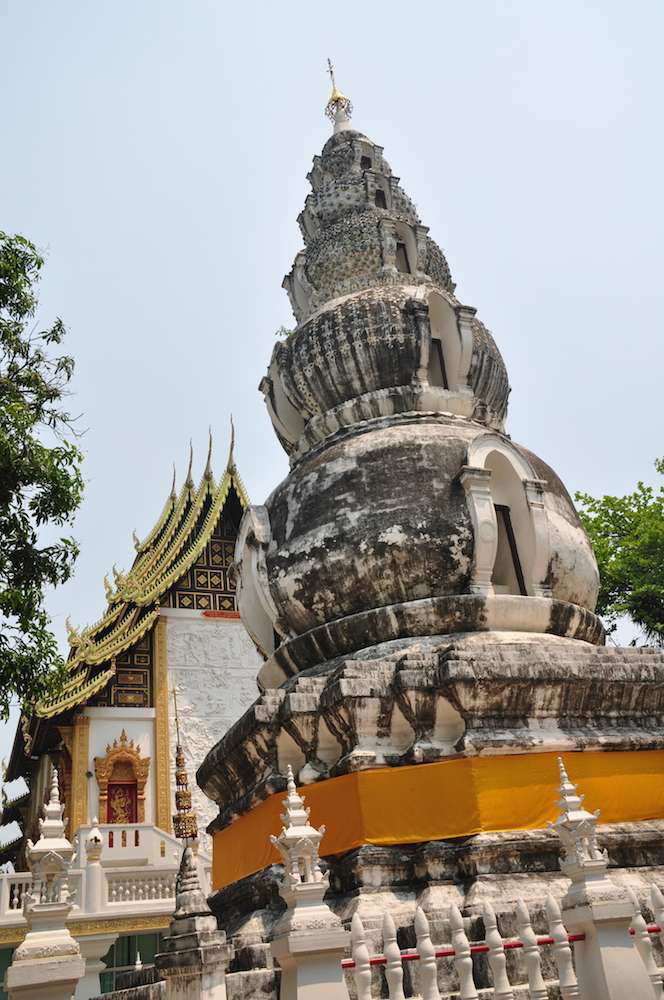 This is the location of Wat Ku Tao: