The Yong Chiang building is located at the Upakut intersection, named after Wat Upakut. The house is on the corner of Thapae and Wichayanon roads, address 2-4 Wichayanon road. A Chinese merchant built it in 2447/1903.

It appears on many pictures. The first picture I found online was a picture of the Chiang Mai Cafe. Source unknown. There is a date printed on the picture but it is very difficult to read. Looking at the vehicle I would say this picture is from late ‘20s, early 30’s. 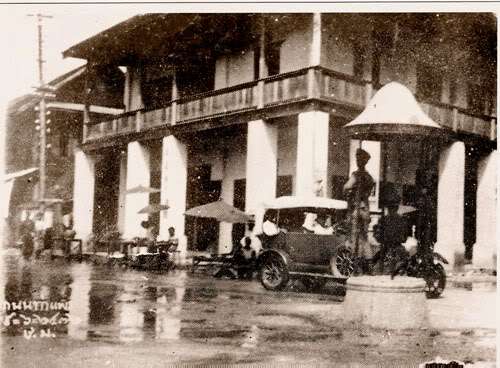 Boonserm Satrabhaya made a number of pictures of the Upakat intersection which was the location for field practice of the first traffic scouts. One some of these pictures the building is in the background. Boonserm took this picture in 1954 looking east towards the old Nawarat Bridge. The house has a Philips sign, which indicates it was a store selling electronic items such as radios, lighting, etc. 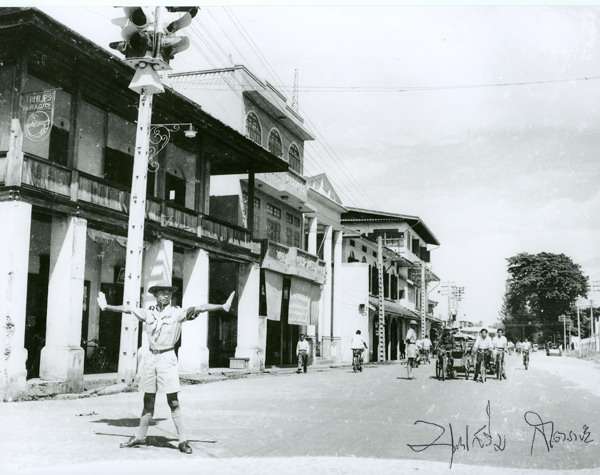 Field practice in traffic regulations of the first traffic scouts at Upakut intersection. The Yong Chiang house in the background. Picture by Boonserm Satrabhaya. 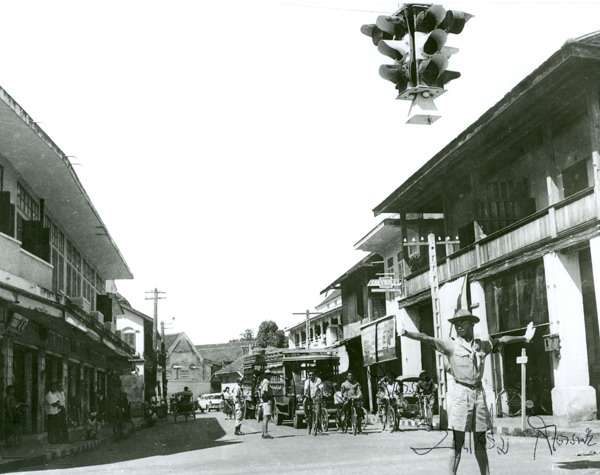 Field training of traffic regulation of boy scouts in 1954. Looking into Wichayanon Road. On the right the Yong Chiang building. Picture by Boonserm Satrabhaya.

The featured image is of a fingernail dance performance in front of the building and it confirms the building housed an electronics store. Source unknown but I think this picture dates from the 60’s.

American entrepreneur Nick DeWolf visited Chiang Mai in 1972. He made a number of pictures at the Upakut intersection. 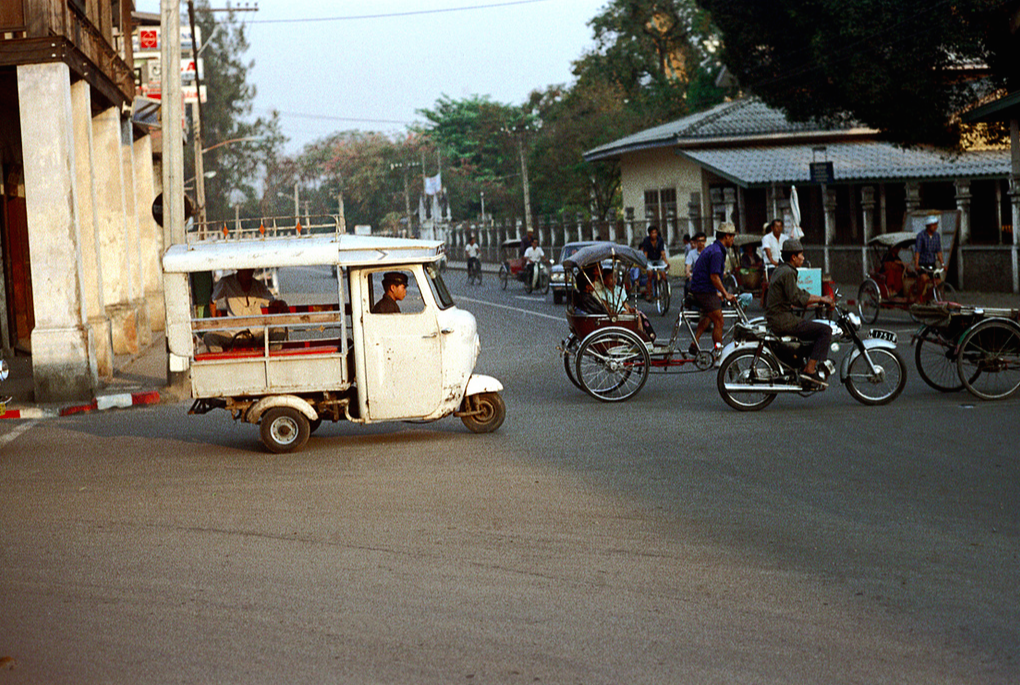 Upakut intersection in 1972. On the right the Yong Chiang building. Picture by Nick DeWolf. 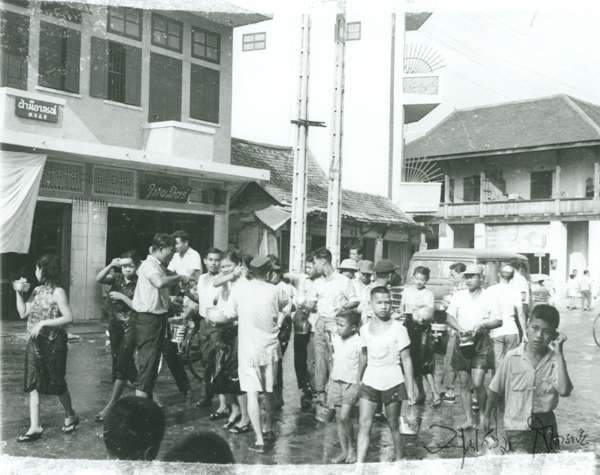 Songkran 1954. The Yong Chiang building on the right. Picture by Boonserm Satrabhaya. 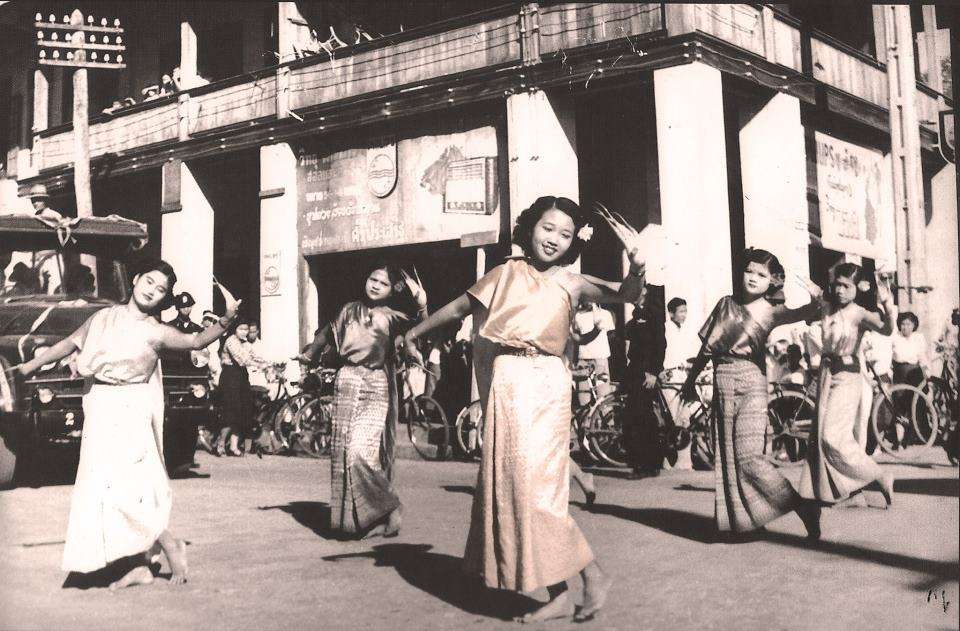 What happened with the building in the years up to 2014 is not clear. I made a picture in 2014 when the building housed a boutique hotel with three rooms called Villa Long Chang. 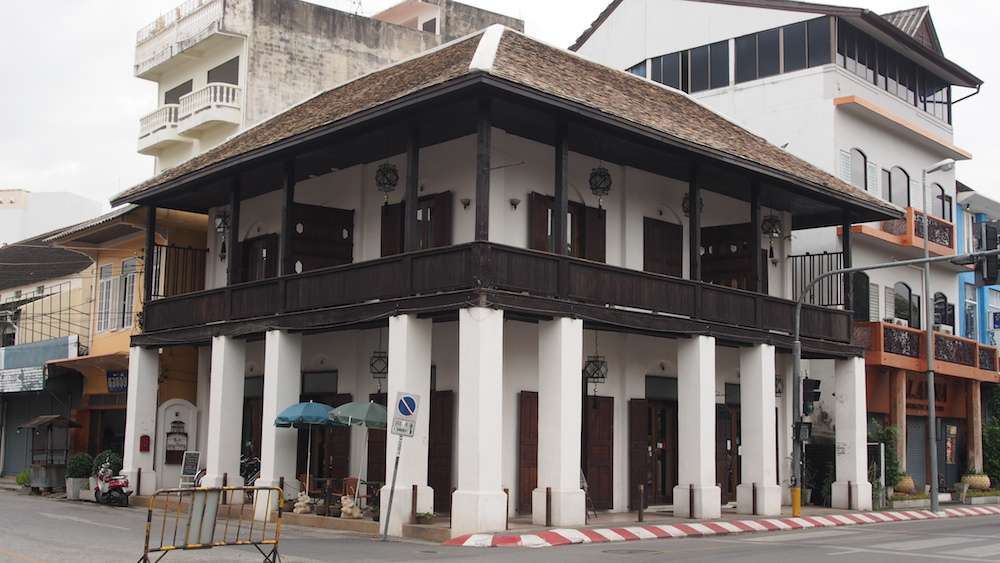 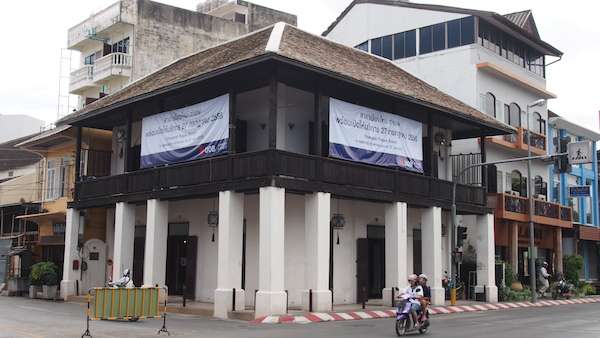