The Service 1921 Restaurant and Bar of the Anantara Chiang Mai Resort once was the Chiang Mai British Consulate. The first consulate building was constructed on this plot of land of seven rai, a bit more than one hectare, in 1884. The ruler of Chiang Mai granted this plot of land to the British government.

British authorities in London and the Siamese Government signed the second Chiang Mai Treaty in September 1883. The provisions allowed for the appointment of a vice-consul in Chiang Mai who would answer to the consul general in Bangkok and ultimately the Foreign Office. The vice-consul was ‘to be responsible for the interests of all British and British Burmese subjects living in the North.’ He was also to required ‘to keep the British authorities well informed about the situation in the Shan States and Upper Burma.’

The treaty breathed life into the Chiang Mai International Court which was to be strengthened by the involvement of the new vice-consul, who with the Siamese Commissioner was to try cases involving British subjects. In acknowledgement of the increasing importance of the teak trade, double leasing was forbidden, and all forest contracts were to be registered in the Consulate and the International Court in Chiang Mai. Whilst the boom in the teak trade was the impetus for a burgeoning British trading presence in Chiang Mai, an expanding consular service was also required to meet judicial requirements. The first British vice-consular appointment in Chiang Mai was established in 1884 (Bushell, Merchants and Missionaries). 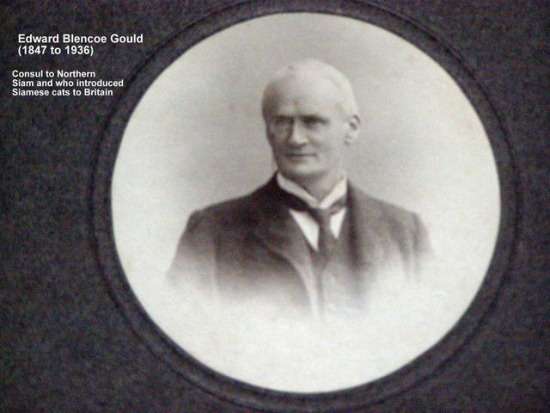 Edward Blencowe Gould (on the picture his name is wrong) was the first British vice-consul in Chiang Mai. Gould arrived in Chiang Mai on May 5, 1884. He left Chiang Mai on April 28, 1886. Gould started his career as a junior interpreter in Siam on January 20 1868. Shortly after, he became first and later on the second assistant on May 1 1878. He left Chiang Mai on April 28, 1886. You can find her story here. He was posted in Bangkok before being transferred to Port Said, Egypt on August 13, 1891, and then Consul General in Alexandria on November 1 1897. Gould was the first to bring Siamese cats to Europe in 1884 when he brought a pair of these cats back to Britain for his sister, Lilian Jane Gould, who went on to be the co-founder of the Siamese Cat Club in 1901. She exhibited the cats at The Crystal Palace in 1885. 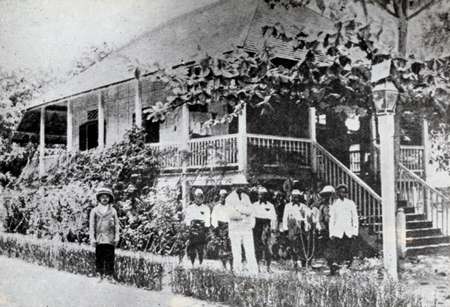 I found only one picture of this first consulate building. It shows C.E.W.Stringer, the British consul in front of the building. Stringer appears in the 1888 Directory of Siam and Bangkok as an assistant at the British Consulate, Chiengmai (as Chiang Mai was known in those days). In another directory of 1904  Stringer appears as the Consul in Chiengmai. William Alfred Rae Wood, known as W.A.R. Wood, appears as the second assistant at the consulate in Bangkok. W.A.R. Wood had arrived in Thailand in 1896 and, after several posting in Bangkok, Chiang Rai, Singora (Songkhla), Nan and Lampang became the consul in Chiang Mai in 1915

In 1917 the construction of the new Chiang Mai British Consulate began under the supervision of an architect called W.Osborn Keats. I have not been able to find anything on Osborn Keats yet. Plans for the building included a residence for the consul’s family, a courtroom, offices, servants’ quarters, and stables for four elephants. The consulate was modelled on Britain’s standard foreign office design for tropical countries. Spacious verandahs were installed on the upper and lower floors to catch the river breeze, and the dining room was cooled by a punkah – a wooden board with a fabric fringe suspended from the ceiling that rotated by pulling a rope.

I found a plan of the Chiengmai Consulate, dating back to 1904. 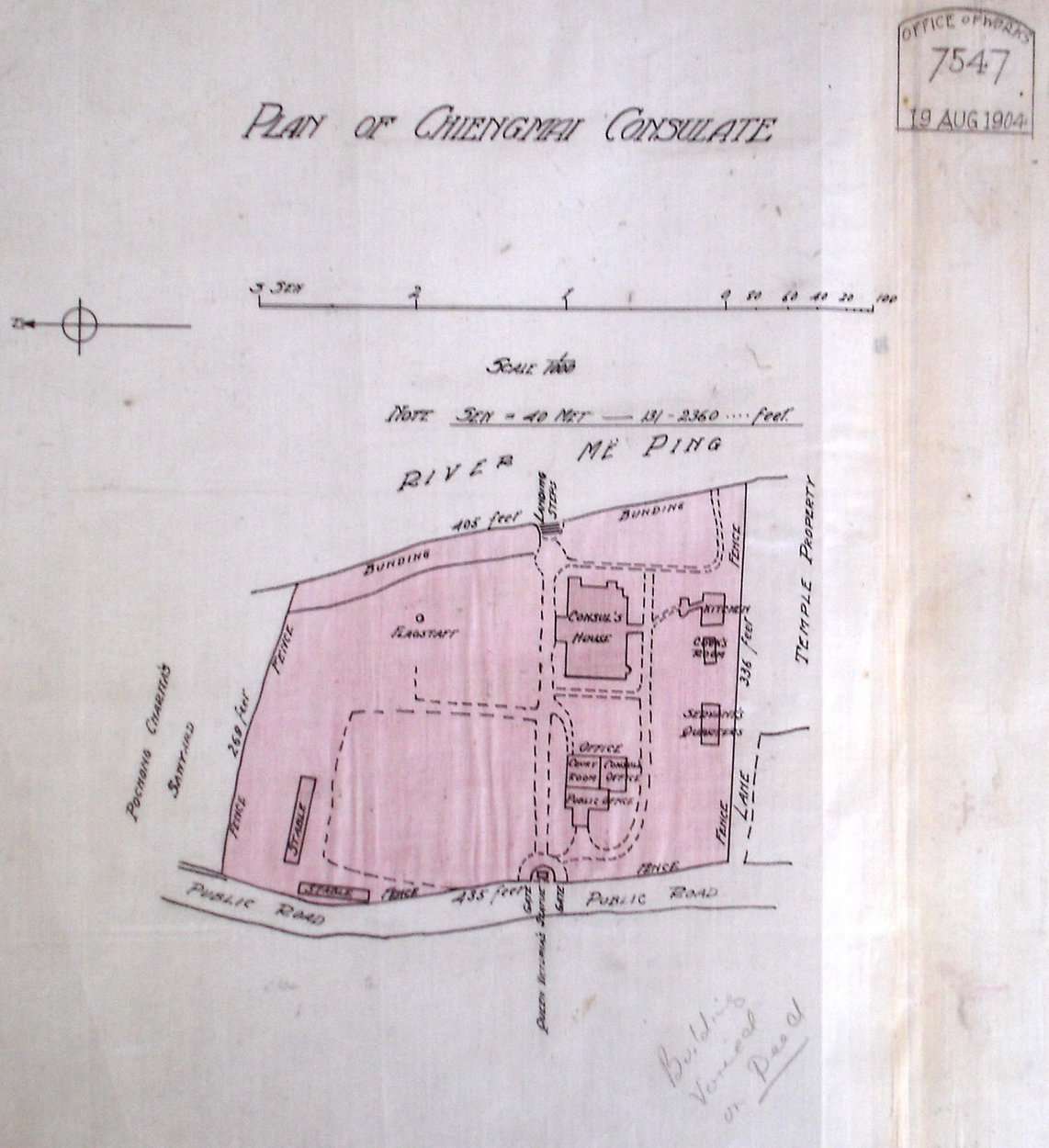 Yes, the property had stables for elephants. British ambassador Robert Greg visited Chiang Mai in 1922  and mentioned these consular elephants: “I was not sorry to escape from these activities for a three days’s trip to the famous “hill” of Chiengmai, a gorgeous wooded mountain which rises 4,500 feet above sea level.  Mr.Wood has a small bungalow on the eastern slopes as also has the Chiengmai representative of the Bombay Burmah Trading Corporation, Mr Queripel, and I was able to spend the two nights I was absent in considerable comfort in these houses. The five consulate elephants carried the luggage and bedding as elephants still act as transport throughout the north on account of their power of breaking through rough jungle country”.

In the era when W.A.R. Wood was consul, the duty of the consul was to ensure justice for British subjects and look after the interests of the British companies that were engaged in the teak trade. Indians, Burmese and Shan were British subjects in those days. The consuls and vice-consuls undertook consular tours to different areas in North Thailand to register British subjects, to issue passports and look after the interests of their subjects. These tours were lengthy affairs. Some lasted more than two months. The consular elephants were usually the means of transportation.

The opening of the new Consulate building

When it opened, the new consulate became a centre for sport and society, with a constant stream of visitors. British citizens in Chiang Mai came to pay their respects, register their presence, or seek help and advice. The consulate’s parties for the British King’s or Queen’s birthdays were the highlight of the year. Many a drink was shared, or a meal served in the consulate’s dining room; many a game of croquet played on its lawn. Most likely this picture was taken in 1922 during the visit of British ambassador Robert Greg. It shows a large gathering of British subjects at the Chiang Mai Consulate. 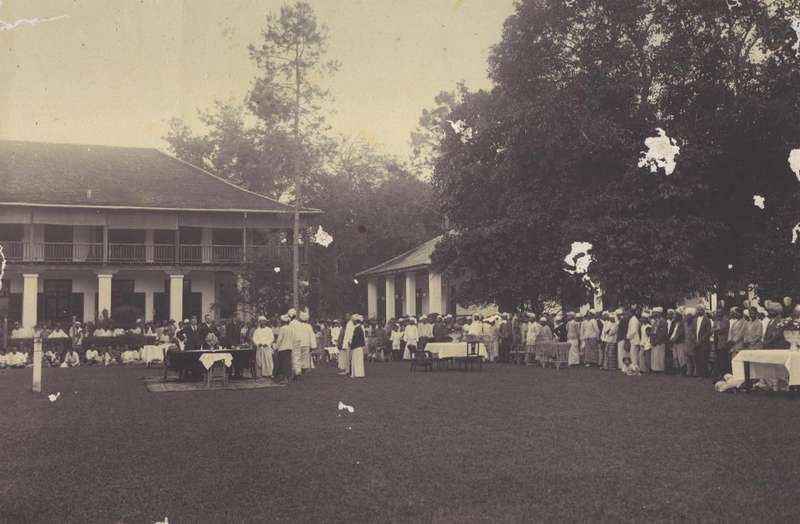 Shan people at the British Consulate of Chiang Mai.

A British Consulate Chiengmai Visitor’s Book from November 1947 to April 1953 has been preserved, showing a cross-section of the figures who came to the consulate. Entries for 1949 show the signatures of a clutch of distinguished Thais, members of the Royal Air Force, former consul W. A. R. Wood and his daughter Amala, and the Governor of Chiang Mai.

In 1903 a statue of Queen Victoria was unveiled in front of the consulate. After the closure of the consulate, they moved the statue to the Foreign Cemetery next to the Gymkhana Club where it still is. You can find the story of the statue here. 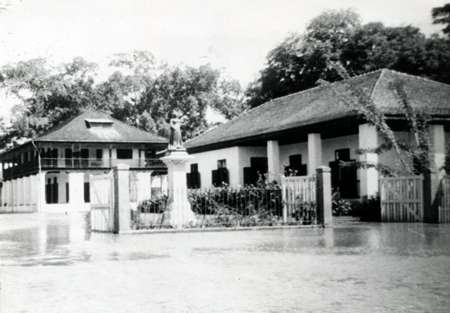 British consulate Chiang Mai with the statue of Queen Victoria. Date and source of the picture unknown

The building remained a focal point for society in Chiang Mai, only closing for three years during WW2 and again for two years from 1970, before it was officially shut in 1978 and sold.

This gallery has pictures that were made by photographer Alberto Cosi in 1995: 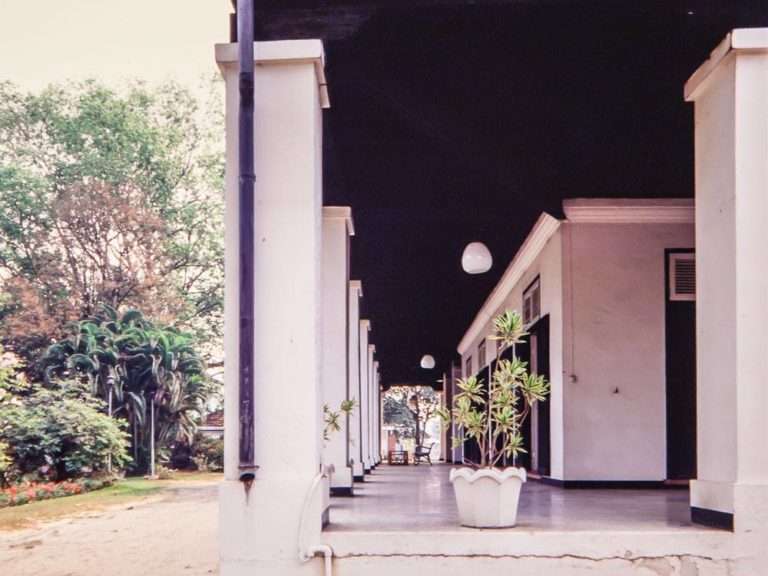 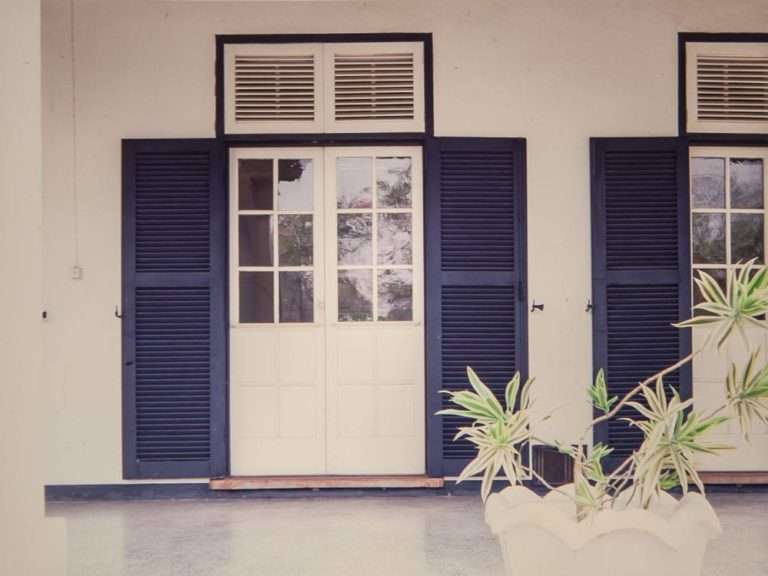 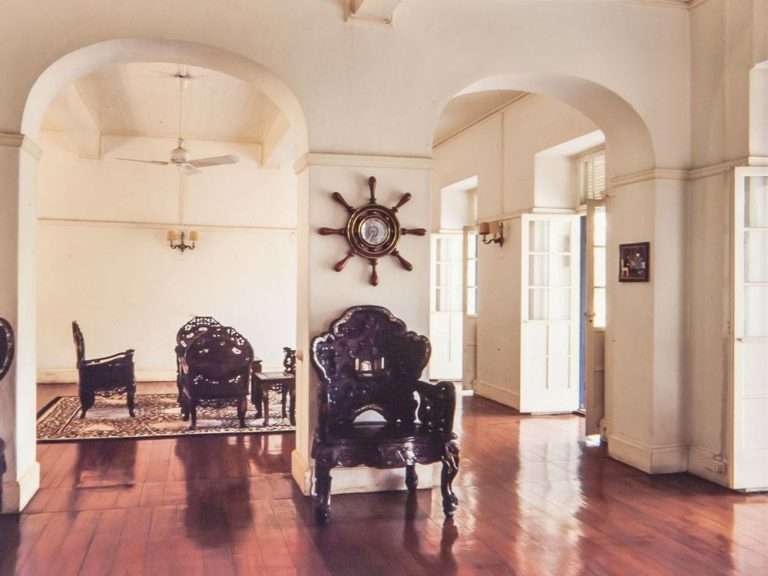 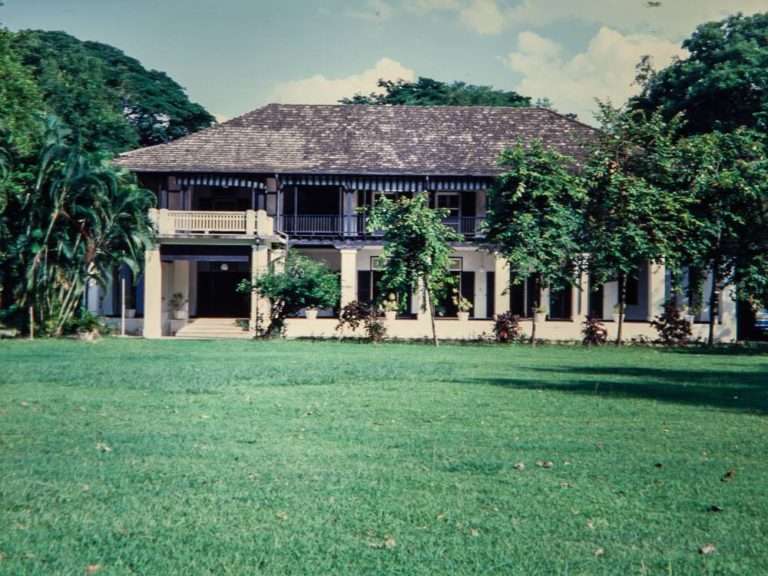 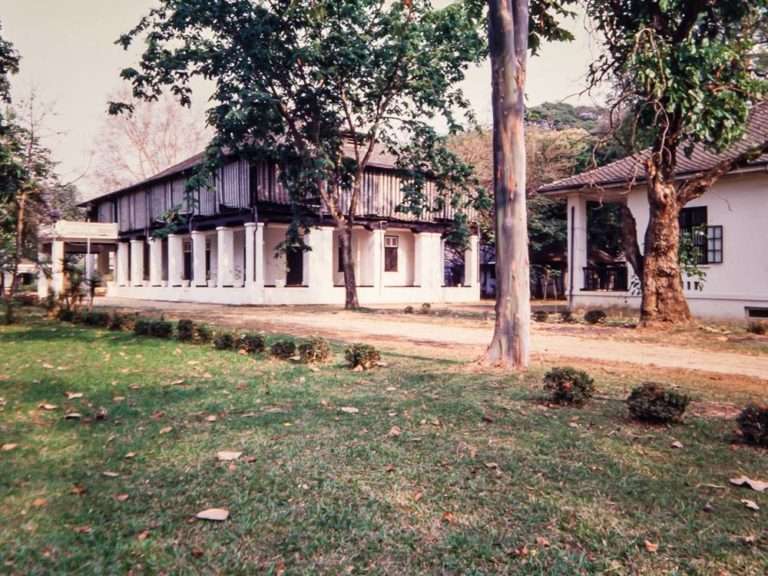 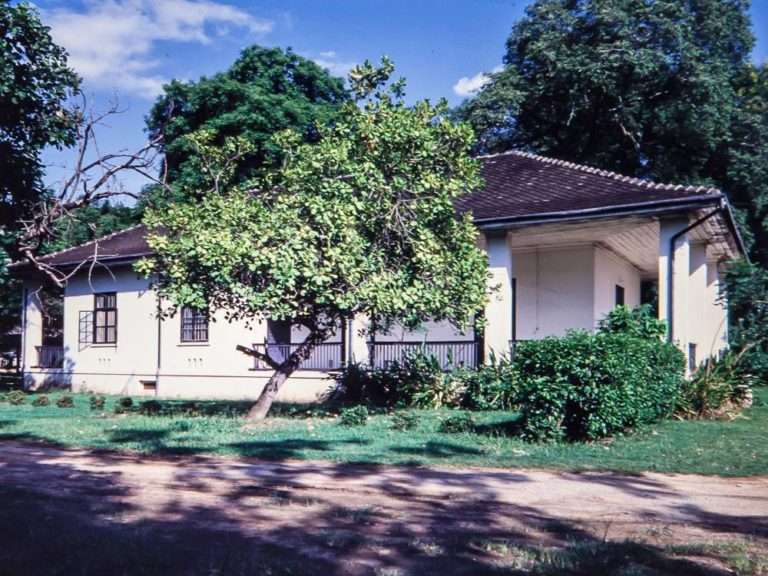 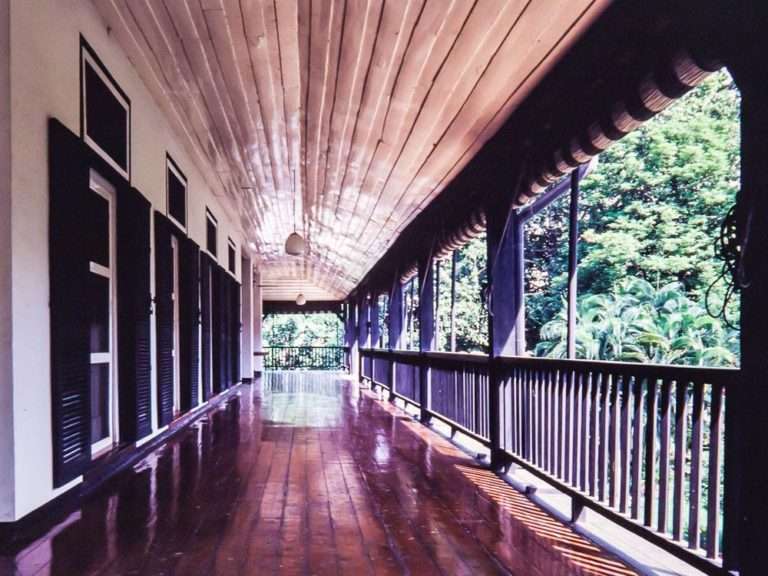 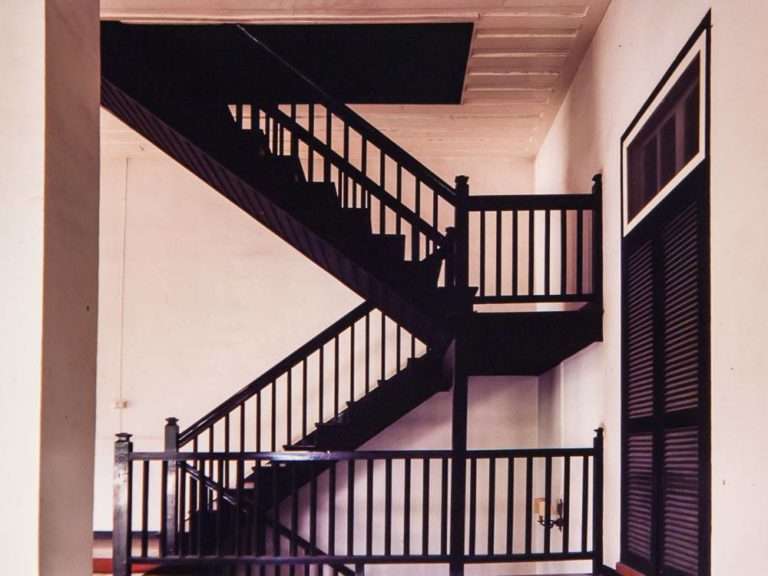 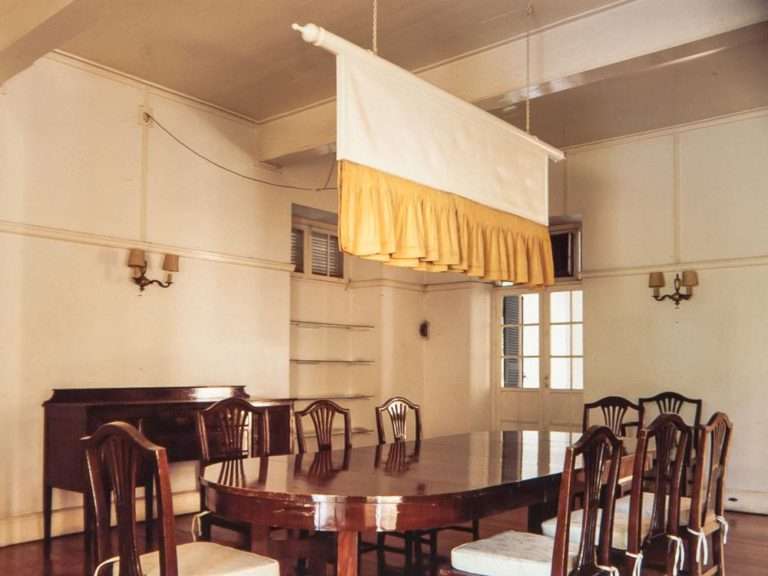 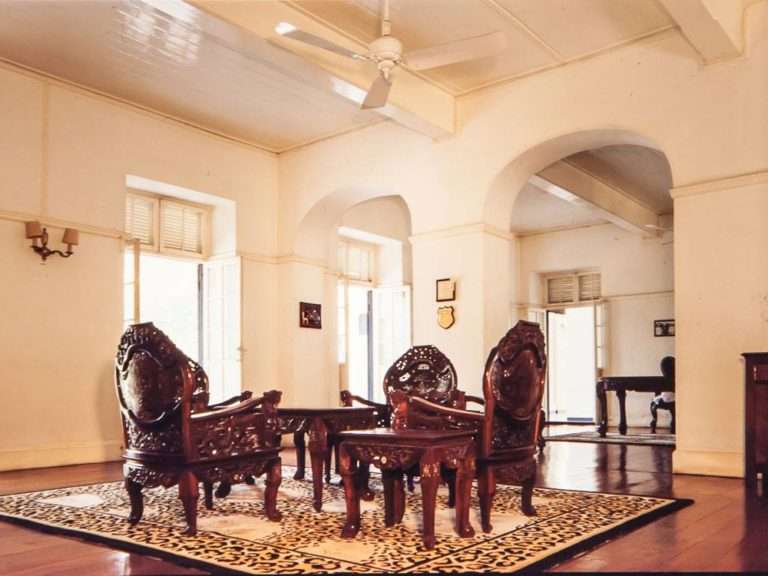 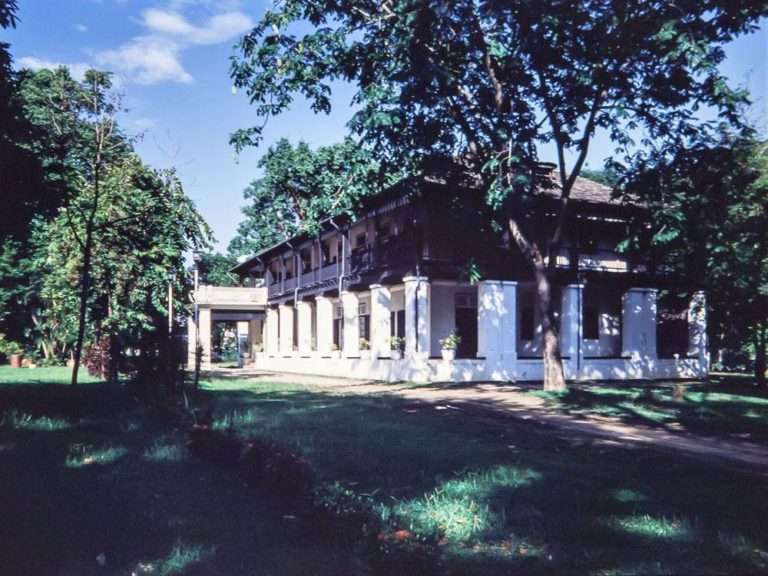 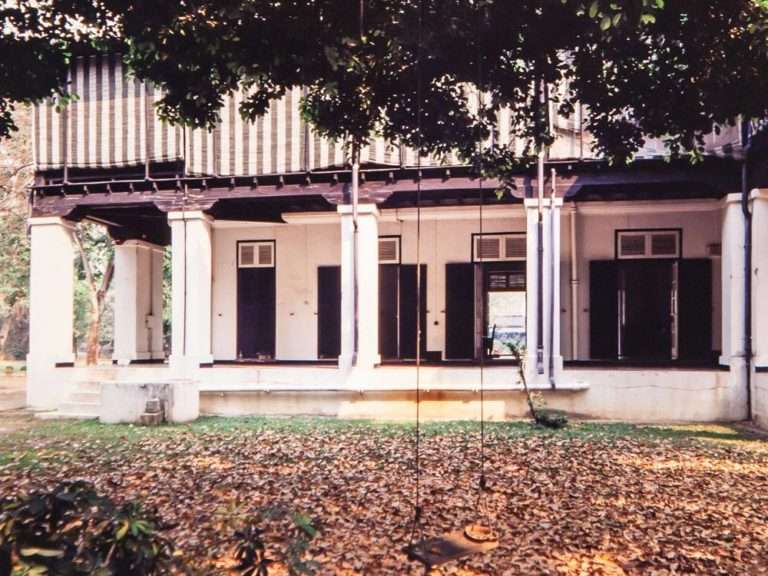 In the mid-2000s, G.H.M. signed a deal to rehabilitate the old consulate building and place this structure at the centre of what became The Chedi Chiang Mai.

Phil Bradbeer made these pictures in the 1960s. Phil was a lecturer at Chiang Mai University: 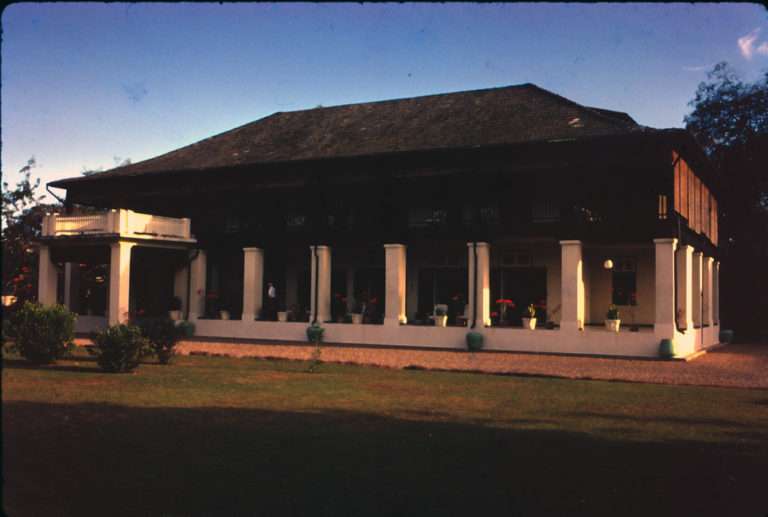 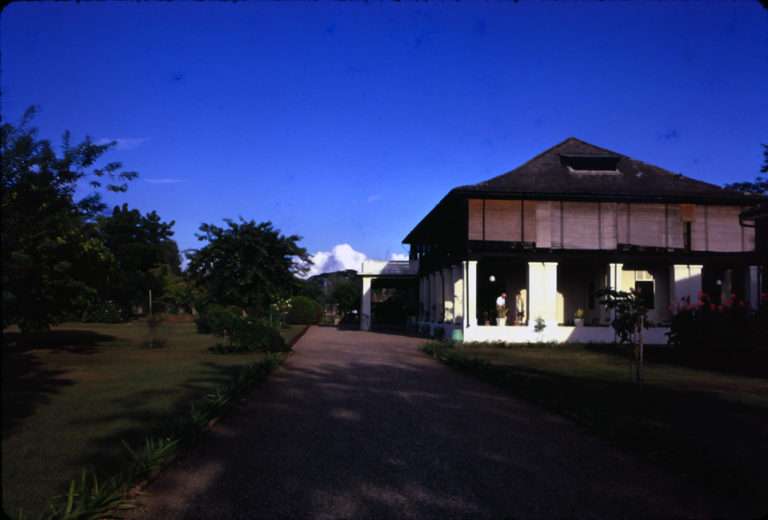 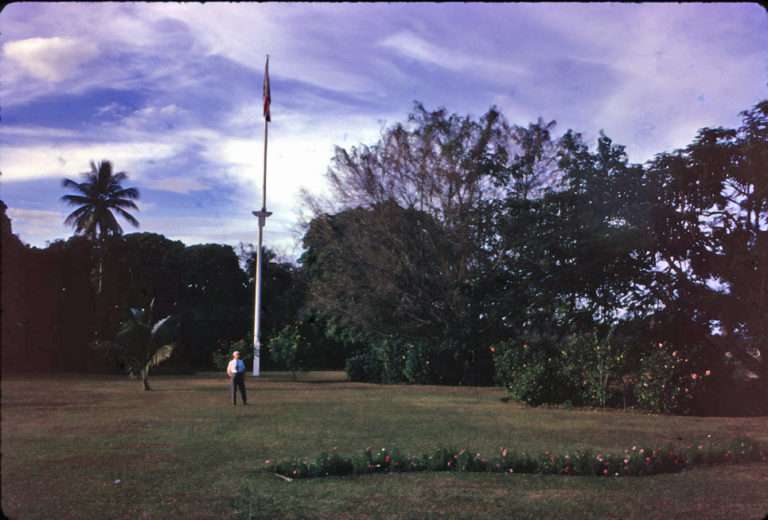