Ox carts Then and Now

In the past ox carts were a familiar sight in the streets of Chiang Mai. They were of course widely used in rural areas but they also transported goods from the railway station and boat piers to warehouses in the city. 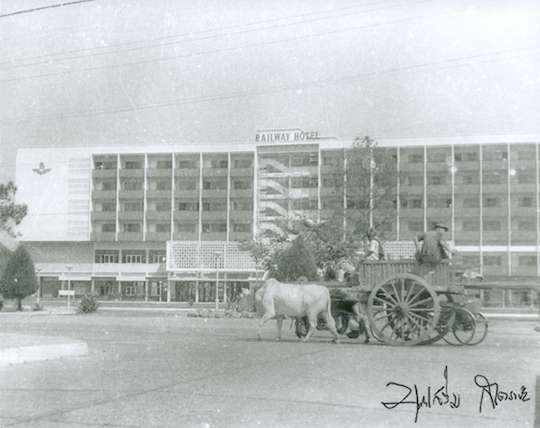 Ox cart in front of the Railway Hotel, that was demolished in 2002. Picture by Boonserm Satrabhaya

Pictures of Boonserm Satrabhaya show ox carts in front of the Railway Hotel (demolished in 2002) opposite the railway station. Apparently there was a kind of “ox cart stand” where they were waiting for the arrival of trains.

With the increase of motorized vehicles the ox cart started disappearing from the streets. Local authorities started to ban ox carts from entering the city because they obstructed the flow of traffic. Oxcarts are very, very slow. They walk about 2 miles per hour, a total of 10 miles per day. Another reason was the pollution of ox dung in Chiang Mai streets.

Boonserm was present when the last caravan of ox carts moved through Chiang Mai in 1967. He shot a number of pictures of the ox cart caravan passing through Chiang Moi Road and turning left into Rachawong Road. 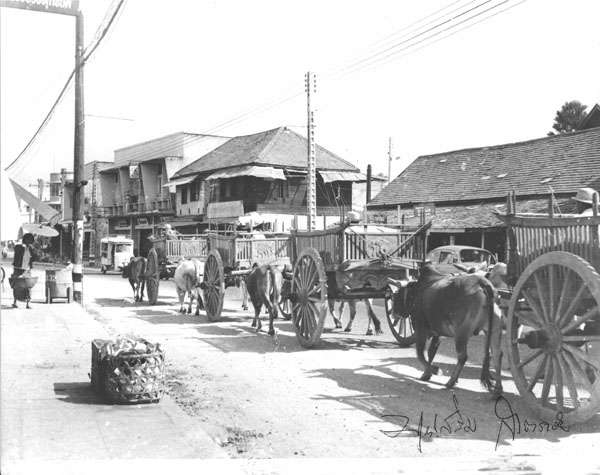 The last caravan of ox carts in Chiang Moi Road in 1967. Picture by Boonserm Satrabhaya. 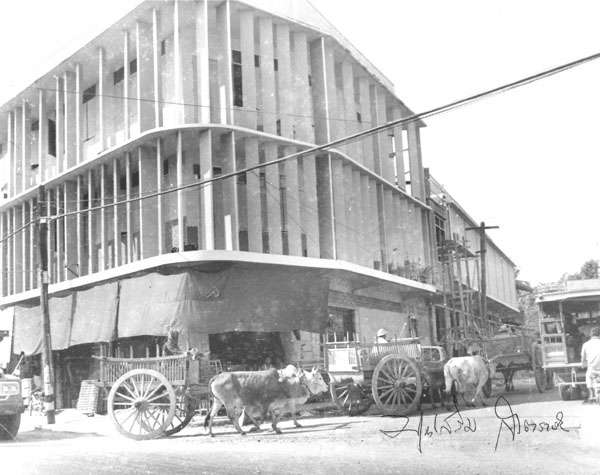 When American Nick Dewolf came to Chiang Mai in the spring of 1972 ox carts had completely disappeared from Chiang Mai streets. Nick was an adventurous person. He rented a motorbike and set off to rural areas where he made some wonderful pictures of ox carts in the countryside where they still were in use. I made a selection of them. 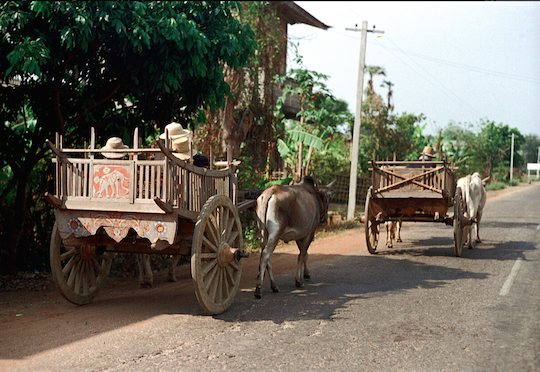 Ox carts on a road outside Chiang Mai, 1972. Picture by Nick DeWolf 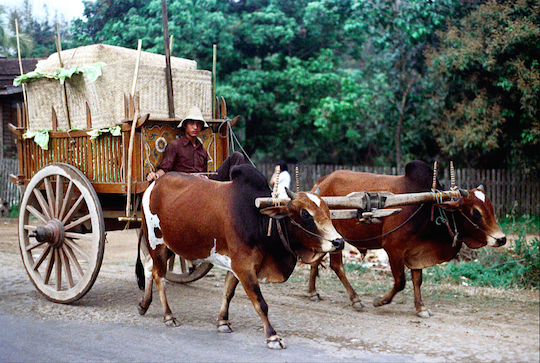 Ox cart on a road near Chiang Mai, 1972. Picture by Nick DeWolf.

In the period during which ox carts were a popular means of transportation there must have been cattle markets where oxen and buffaloes were traded. One of the few places where this still happens is the Saturday morning market at Sanpatong, about 20 kms from Chiang Mai. 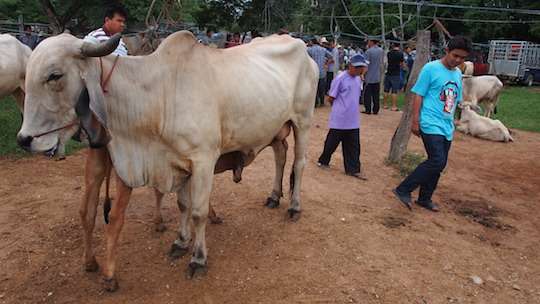 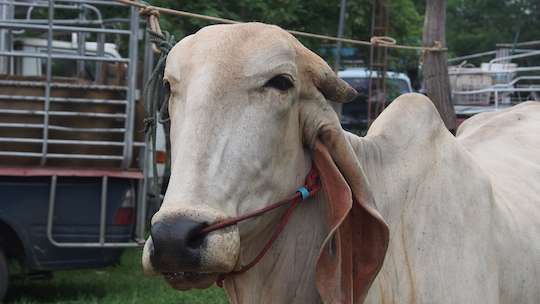 Another Ox at Sanpatong Saturday market. Picture by Frans Betgem

Ox cart rides are now a tourist attraction in places such as Mae Taman Elephant Camp. 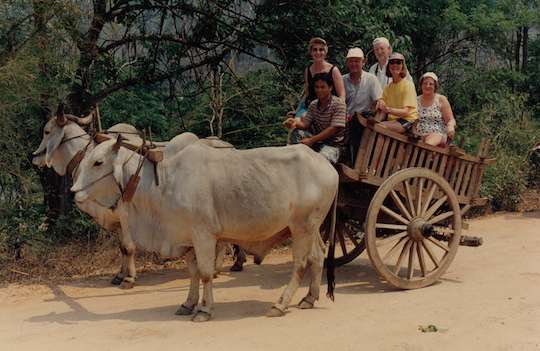 The pictures of Boonserm Satrabhaya can be found here.
For the complete archive of Nick DeWolf click here.

Just because we can’t get enough of them a couple of more pictures of Nick: 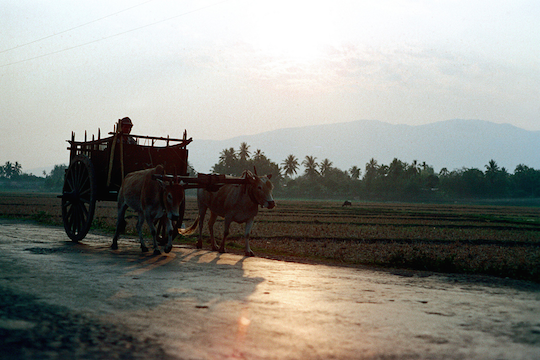 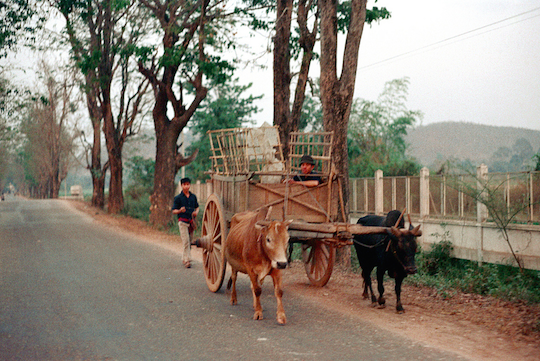 If you have any old pictures of ox carts or have any interesting information about oxcarts in general, please send me an email: