My friend Oliver Backhouse gave this picture to me. It was taken at the Gymkhana Club in Chiang Mai. British ex-pats founded this club in 1898.

At that time we only knew the names of about fifteen people. We didn’t know when exactly the picture was made. We just assumed it was Christmas 1937. The only photographer we knew was the Japanese Morinosuke Tanaka.

In 2017 I showed the picture to Renu Melvin, the adopted daughter of David Macfie, who is on the picture. She identified about ten people. Over the years we found out the identity of more people, just by bumping into pictures of that time and realising that we had identified another person. We now still have five persons of who we don’t know the identity. We have an idea but we are not sure. 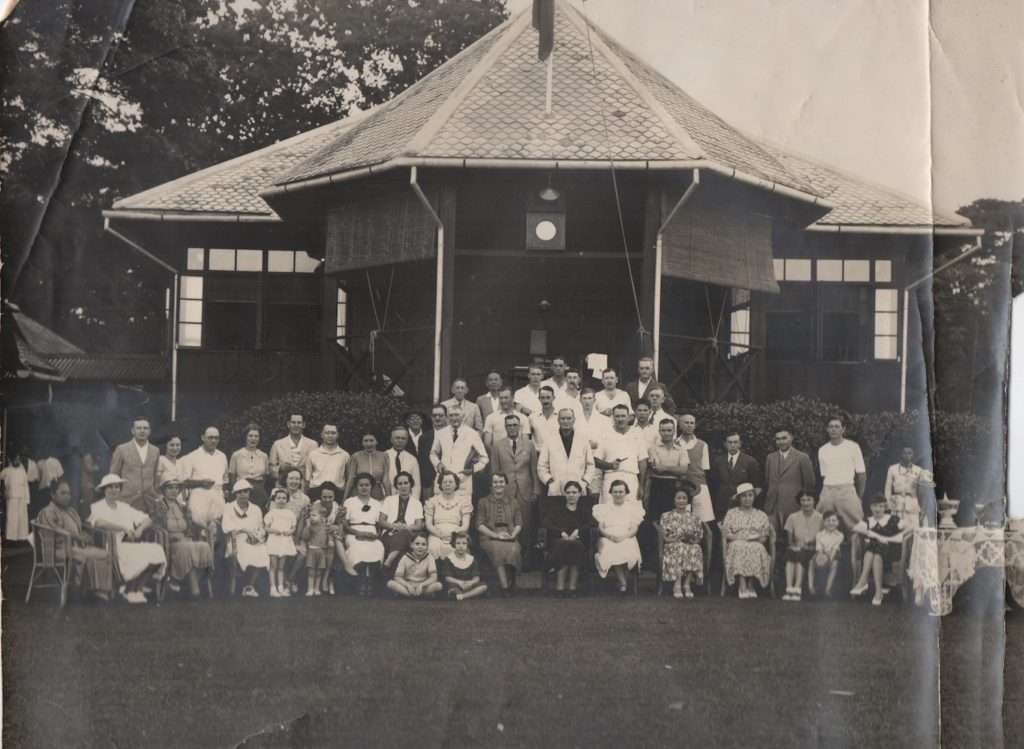