The Sri Nakorn Ping Cinema was located close to the corner of Rachawong and Chiang Moi roads. The cinema was opened just after the end of World War Two and was in those times considered a very modern movie house. 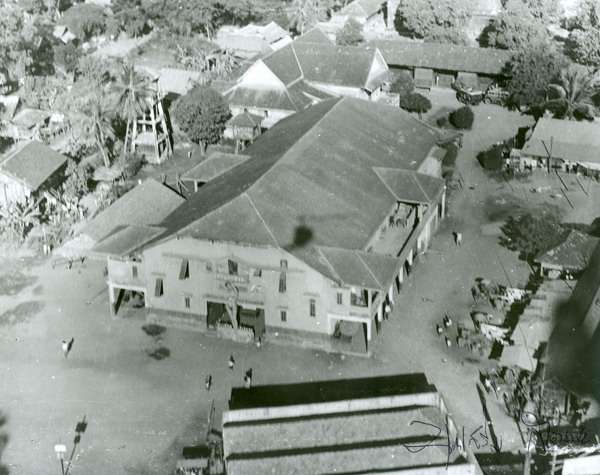 Aerial picture of the Cinema in the 1950s. Picture by Boonserm Satrabhaya.

Phil Jablon interviewed Yai Gee, the old woman whose family owns the Kasem Store which is located opposite where once the cinema was located. According to her the movie house showed Indian or Chinese movies, with a live dubber providing the Thai voices. Yai Gee preferred the Indian films because of the frequent romantic story lines.

Tickets cost 25 and 50 satang, and 1 baht.  At that time there were no nightclubs, and cinema appeared to be the only available entertainment. Therefore, the cinema had become the most popular place in town for the people of Chiang Mai to meet. 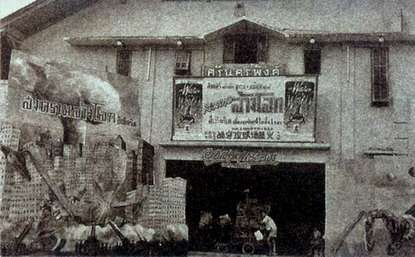 The movie house was owned either by a woman called Khun Nai Ladda, a member of local nobility or Jao Kaew Nawarat. Another source claims that the theater was built by Jow Kaew Nawarat, Chiang Mai’s last ruler whose residence was very close to the Cinema.

Jao Chai Suriyong Na Chiang Mai, a descendent of the old Chiang Mai royalty, bought or rented the movie house from who ever was the owner and made good money running the cinema. With this money he bought two plots of land at Thapae Plaza where he built the Suriwong and Suriya movie houses. He also built the Suriwong Hotel in the 60’s which was for years one of the most well-known hotels of Chiang Mai. Jao Chai Suriyong Na Chiang Mai passed away in 2004 at the age 0f 91.

Pictures of the Cinema

The Sri Nakhon Ping Hotel appears on a number of pictures I found over the years. Some of these pictures show the neighbourhood flooded. Flood in the 50’s and 60’s probably was a yearly occurrence. The intersection of Rachawong and Chiang Moi roads was the location where during processions of the Kathin ceremony of Chiang Mai University traditional dances  were performed. Phil Bradbeer, senior lecturer at CMU, made pictures on two occasions, in 1964 and 1966, that show the cinema in the background. 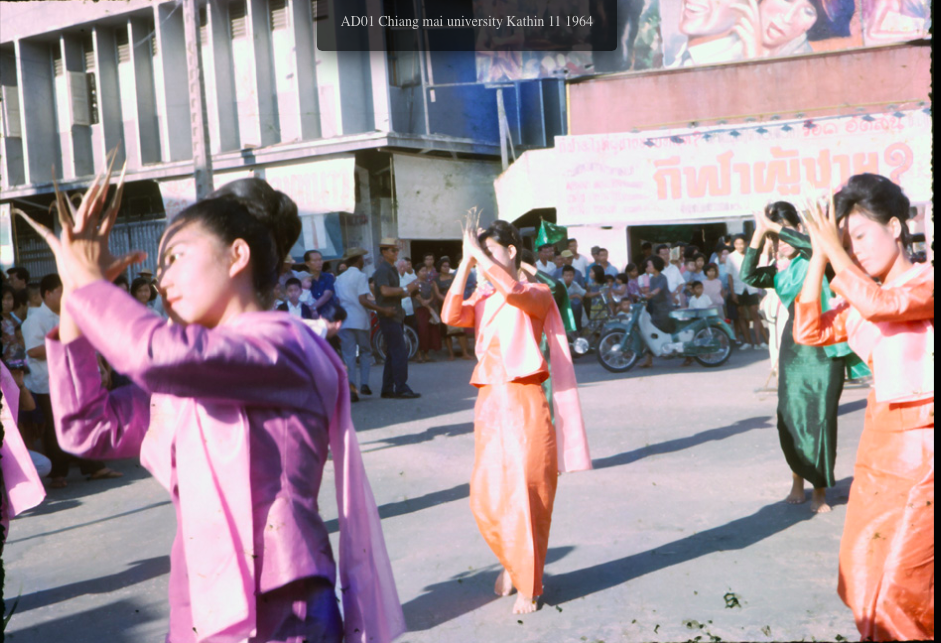 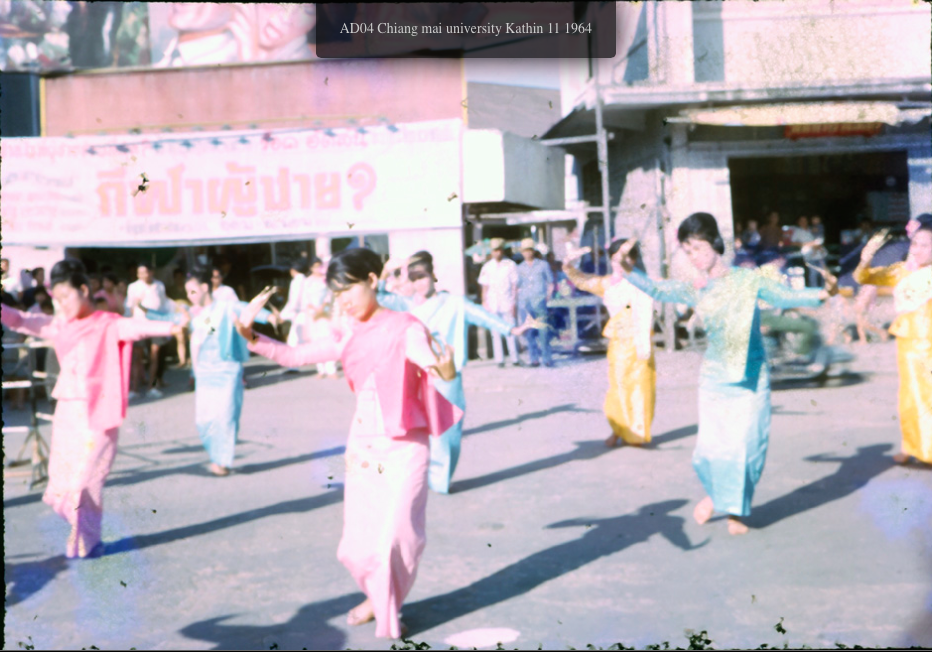 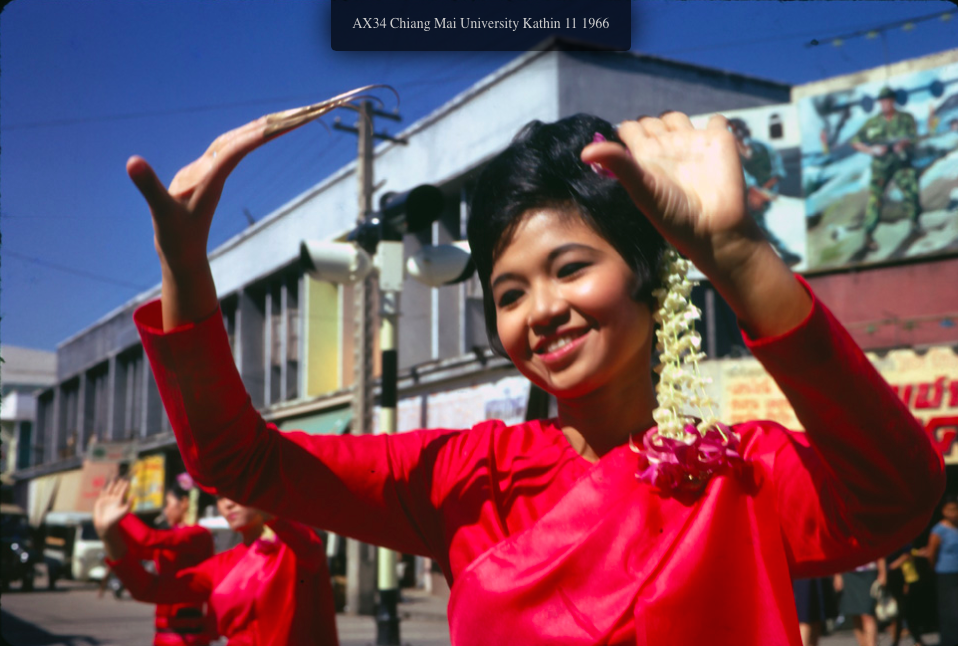 Kathin Ceremony dance 1966 in front of the cinema. Picture by Phil Bradbeer. 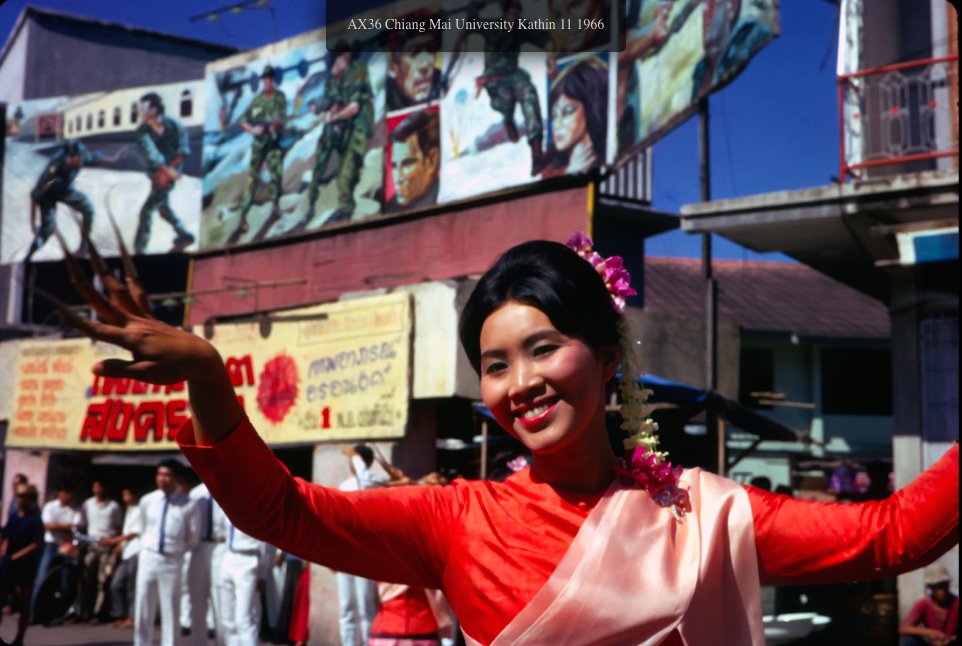 Dance sequence in front of the cinema. Picture by Phil Bradbeer. 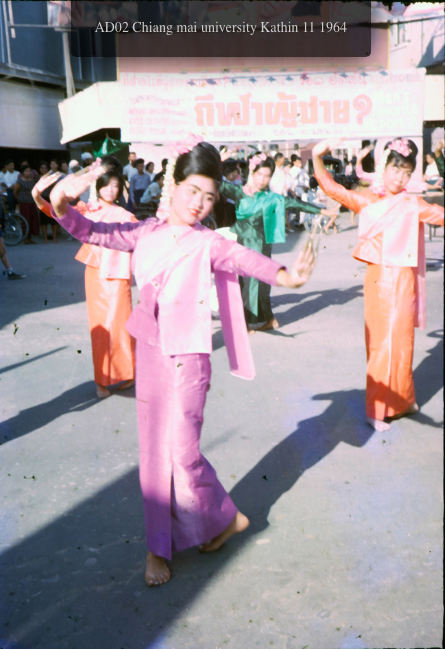 Dance sequence in front of the cinema. Picture by Phil Bradbeer.

These are Boonserm’s pictures. You can find the photos of Boonserm Satrabhaya on the website of the Chiang Mai University Library.

They show the entrance of the theater: 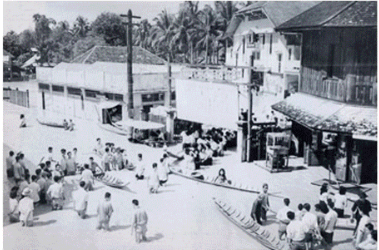 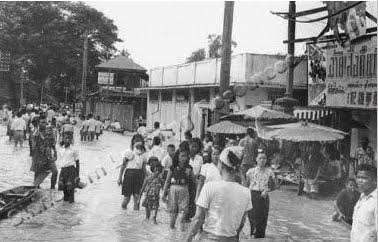 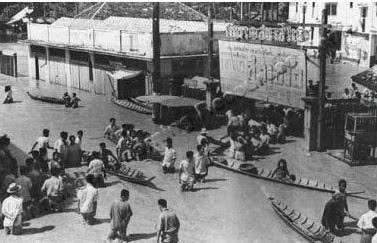 When we knew the approximate location of the cinema it was quite easy to locate the theater on the aerial pictures that were taken of Chiang Mai in 1944. They are in the Williams-Hunt Archive of aerial pictures. 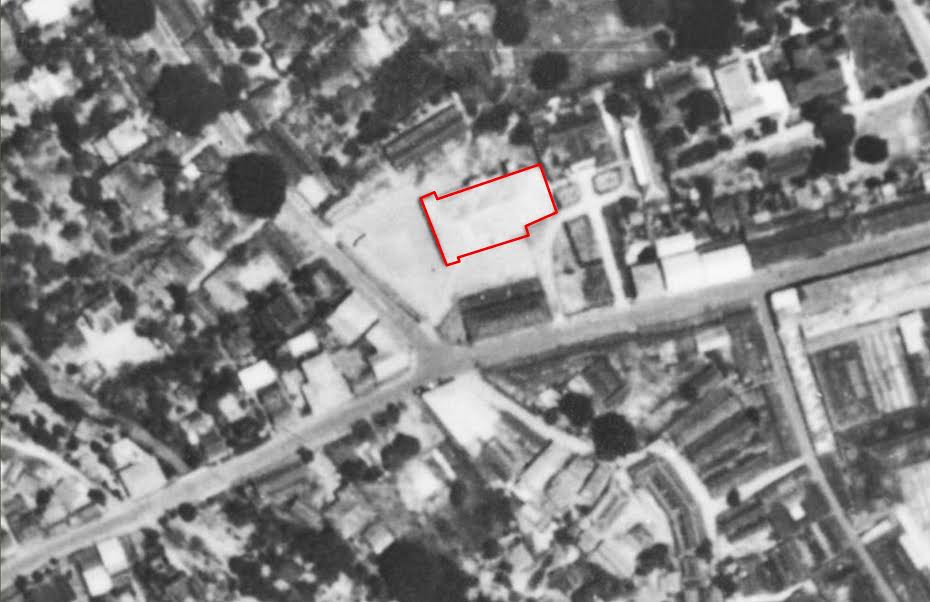 Location of the Cinema in 1944. Picture from the Williams-Hunt Aerial Picture Archive 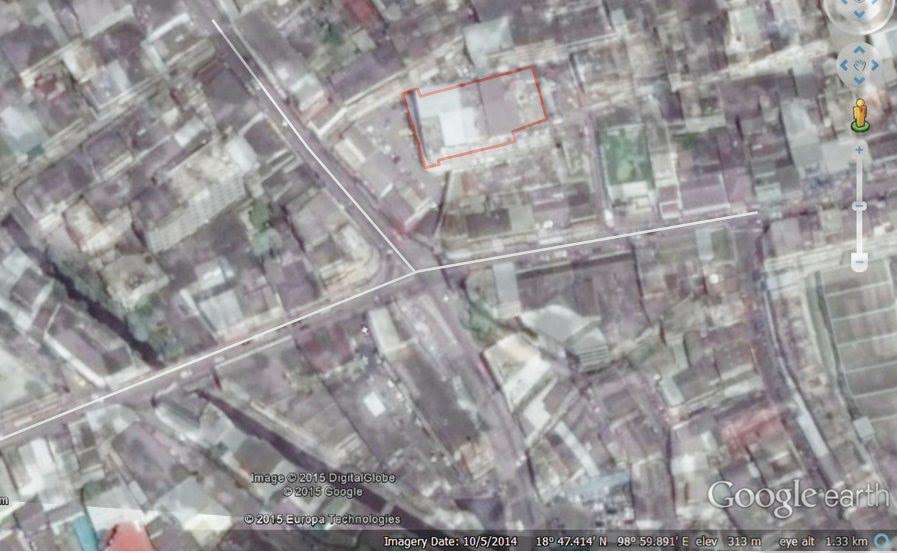